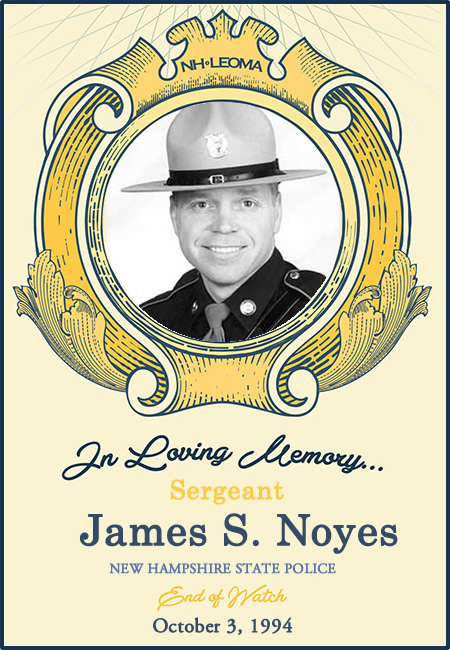 Sergeant Noyes was a 1972 graduate of Haverhill High School in Haverhill, Massachusetts and a 1976 graduate of the University of Massachusetts at Boston and held a B.S. in Sociology. During his 17-year tenure with the New Hampshire State Police, he worked with the Major Crimes Unit and Narcotics Unit prior to his assignment in the S.W.A.T. Team.

Sergeant Noyes served as President of the NHSP Benevolent Association. As president, he led the association in planning and organizing the 50th Anniversary Celebration of the N.H. State Police. He also developed the scholarship program for State Police Employees, which was later named in his memory: Sergeant James Noyes Benevolent Scholarship.

Sergeant Noyes was on a S.W.A.T. call in Gilford, responding to a despondent man who had barricaded himself in his home with a rifle. After many hours of unsuccessful negotiations and in an attempt to save the elderly man from harming himself or others, Sergeant Noyes entered the residence and was met with a fatal gunshot wound that pierced his bulletproof vest. Sergeant Noyes was posthumously awarded the Medal of Valor for his bravery on November 16, 1995, which was presented to his wife.

He is survived by his wife, Debra, and their three children; Nathan, Daniel and Brianna of Madison, New Hampshire. 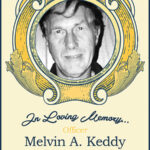