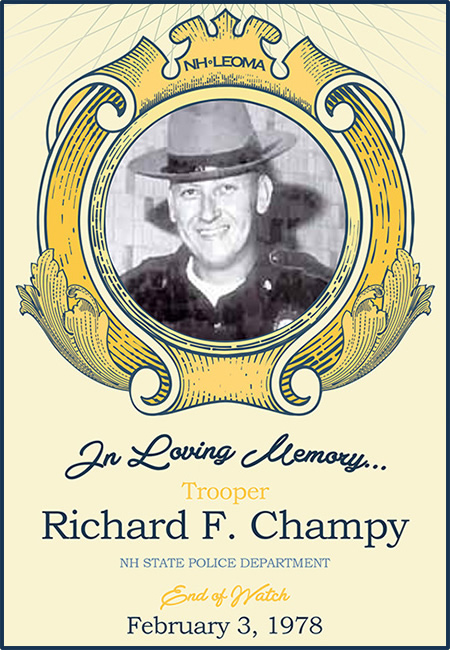 Trooper Champy was born in 1946 at Lawrence, Massachusetts. He was a graduate of Woodbury High School in Salem and served his country in the United States Navy during the Vietnam War before settling in Newbury, New Hampshire. As an eight-year veteran of the New Hampshire State Police, he was assigned to Troop D in Bow. He was a K-9 officer and usually traveled with his bloodhound, “Smokey.”

On February 3, 1978, Trooper Champy heard a call for assistance of a motorist whose car had been struck by another motorist. Trooper Champy, along with fellow Trooper Korbett pursued the fleeing vehicle and eventually stopped it. During a struggle to arrest the passenger of the vehicle Trooper Champy suffered a fatal heart attack. He was 32 years old.

He is survived by his wife, Joyce, and their two daughters, Deborah and Megan. 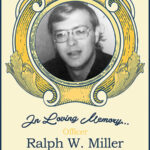 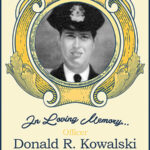