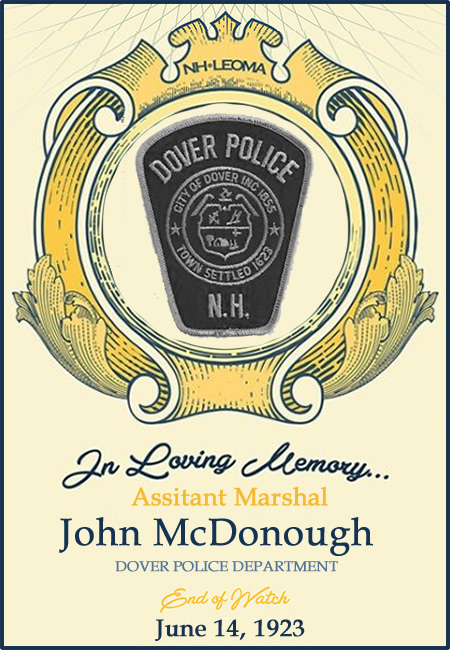 On June 14, 1923, Marshal McDonough was actively conducting an investigation into a missing young boy.  On this day he was standing in the doorway of a residence owned by Wright B. Sykes interviewing a female subject when he suddenly became ill.  It was reported that his condition worsened in a relatively brief period of time and he fell to the ground in the doorway of this residence. In spite of quick medical attention administered to him and several attempts to revive him tragically Assistant Marshal McDonough lost his life that day.

At the time of his death, his son Edward McDonough was also a Dover Police Officer.  Assistant Marshal McDonough was 51 years old and he was survived by his wife, Ellen and his three children.