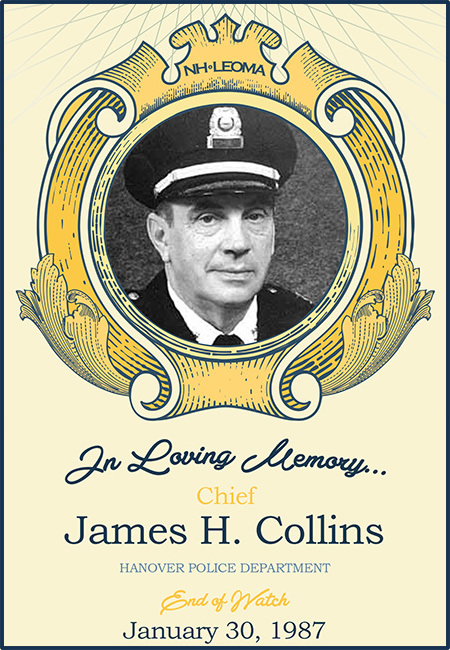 Chief Collins was born in 1930. A native of Enfield, he lived there all his life with the exception of the years he served in the military. He was a graduate of Enfield High School and received commander training at Babson College in Wellesley, Massachusetts. He joined the Hanover Police Department in 1964 as a patrolman and was promoted to Chief in 1982.

On January 30, 1987, Chief Collins was returning to Hanover from Concord when he stopped to assist with traffic at the scene of a motor vehicle accident on Interstate 89. He suffered a fatal heart attack. He was 56 years old.

He was survived by his wife, Golda, and daughter, Candy. 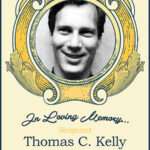