Officer Charles Dolloff was born on October 30, 1843. Prior to working with the Laconia Police Department, Officer Dolloff served with Company C of the New Hampshire 9th Infantry in the Civil War. 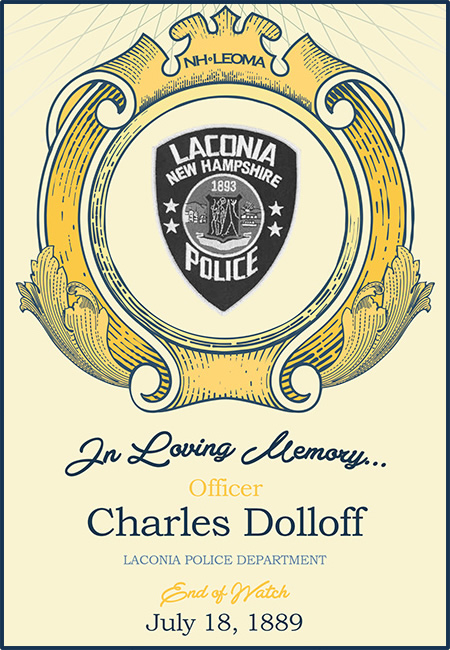